In Tilburg you can view almost anything. A versatile city with something for everyone! A surprising and inspiring city with talked-about art and a range of cultural heritage. But which sights with a rich history are not to be missed when you visit? Because Tilburg is more than museums, amusement parks and a fantastic centre! We have listed here the cultural must-see sights for you! 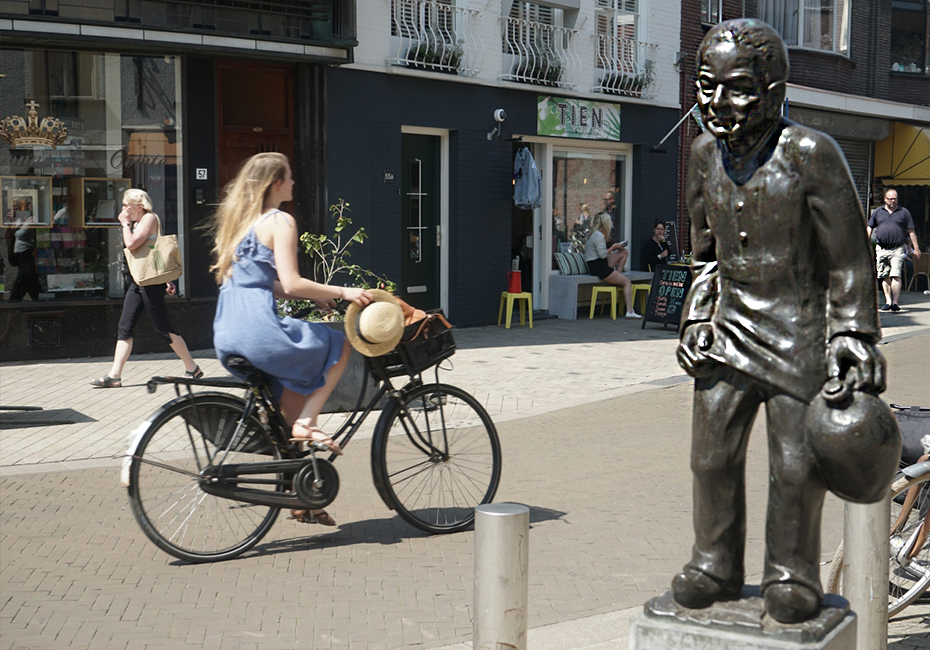 Do you live in Tilburg? Then you are a Kruikezeiker! Kruikezeiker is the nickname for the residents of Tilburg. The name is derived from Tilburg's past as a textile centre. In those days, the workers had to collect their urine in a jug, which is literally in the 'kruik zeiken'. The high level of ammonia in urine made it highly suitable for the wash stage in wool processing. Nowadays the name Kruikezeiker is mostly used during Carnival. The self-mockery of people from Tilburg is evident in the statue of the Kruikezeiker located at the transition from the Heuvelstraat to Nieuwlandstraat.

In 1984 VVV Tilburg started producing the Kruikezèkerke, a liquorice sweet in the shape of a pissing jug. Would you like to try one? Come to VVV Tilburg and discover the taste of a Kruikezeiker!

The Heuvel is graced with a statue of King Willem II as the commander of the army. The statue was made by a Dutch sculptor called Eduard F. Georges. It stands on a pedestal made of Bremer limestone. Four allegorical figures are displayed on the corners of the pedestal. The first one is a woman with a sceptre, symbolising the monarchy. The second one is a woman noting down the king's decrees on tablets, symbolising legislation. The third one is full of attributes, like the cornucopia and coins, symbolising prosperity. An image of the tutelary deity of the city of Troy is displayed on the fourth corner, symbolising the protector of the fatherland. Finally, the right side is ornamented with the image of the Dutch lion with a sword resting between its front paws. All of the battles in which King Willem II fought are listed above the lion. The left side of the statue carries the Royal arms and motto.

The construction of the Palace-Council house was commissioned by King Willem II. The palace was built in the 18th century in English romantic style, and the first stone was laid by the King personally. It is characterised by four round corner towers and white walls. It acted as a rural residence, but the King never actually lived in the palace. Given the history of its construction, it was awarded protective status as a national monument. Currently, the palace is part of the municipality of Tilburg, and several flexible workplaces are available in it.

Vincents Tekenlokaal is also located in this building; it is the museum/workshop where Vincent van Gogh had his first drawing lessons 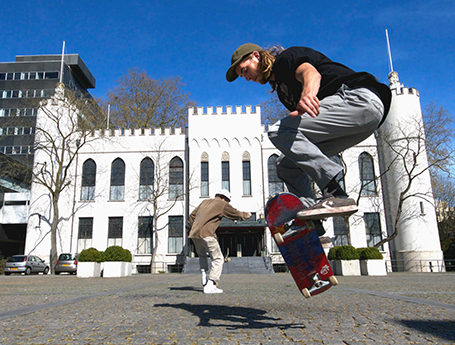 Every day, more than 30,000 travellers arrive at and leave from Tilburg station. At the moment Tilburg station is being renovated to make it more accessible and improve the flow of traffic.  The passage through the station will make way in the future for a range of shops and facilities. In May 2016 the Willem II passage was opened; this is the first new part of the Railway zone and the renovation around the station. It allows you to cycle easily under the railway tracks. Tilburg station has a striking appearance (architect: Koen van der Gaast), its roof has an unusual form and consists of twelve hyperbolic paraboloids. The latter create curved surfaces that jointly ensure the stability of the roof. The form of the roof suggests that the roof floats freely above all the traffic flows. The station was designated a national monument several years ago.

The station's roof has received an unusual nickname because of its wavy form: 'The prawn cracker roof'.